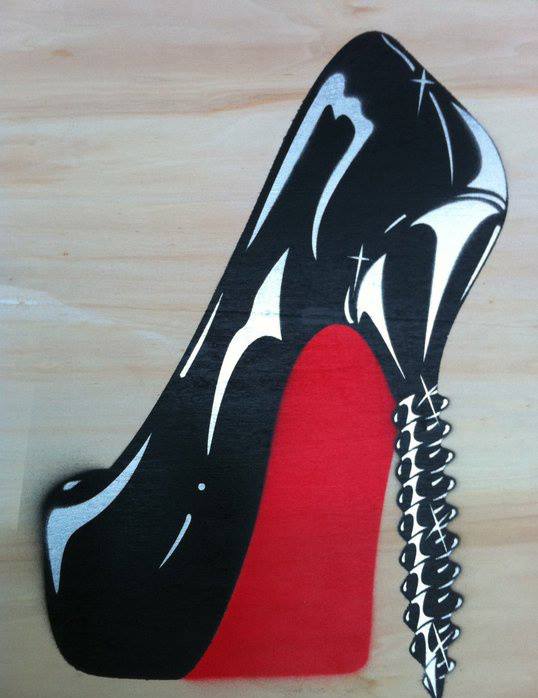 I was brought in to help with solidifying the troupe’s mission and getting clear about who was responsible for what. They wanted some clarity about job descriptions and what each member of the troupe was responsible for. Some troupe members were concerned they weren’t contributing enough to the overall operations of the troupe, and others felt they had fallen into emotional roles that no longer fit them. They also wanted a clear mission they could rally around and a goal for the next 5 years to be aiming for.

Since there were only 4 troupe members, I interviewed each of them one-on-one. Questions included how they got involved with Stripped Screw, what they thought the purpose of the troupe was, what tasks they completed for the troupe, which of those they did and didn’t like, and goals/dreams for the future of the troupe.

After reviewing the data together, we decided to start by workshopping a new mission statement that was pithy and captured the spirit of Stripped Screw. We also needed to get clear on all the pieces it requires to run the company and see what tasks needed to be picked up and what needed to be outsourced. This would all be in service of achieving a 5 year goal of touring as a company.

We had 3 mini-retreats to take on the desired goals.

Our first retreat addressed the mission. We dug into some concepts that came up over and over again in the interviews and I had the troupe define them as tangibly and deeply as they could. I gave them a first draft mission statement to play around with and after a few rounds we got something that felt 4 out of 5 on the zing scale. We decided to table it until the next session in hopes that some incubation time could get us to 5 out of 5.

Next, we started some work around figuring out what tasks were required to complete the work of Stripped Screw. I had each troupe member write out what was required for putting up a show. Their lists very accurately reflected the way each troupe member approached their work within the company. Some came back with massive lists of tangible tasks like contracting artists, signing venue agreements, and building props and costumes. Others came back with qualitative ideas like needing “a good concept”, people who wanted to work together, and positive attitudes. With these lists completed, we ran out of time and would use them as the foundation for the next retreat.

The second retreat we built a massive wall of post its that outlined all the tasks and the overall timeline to keep the company running. We highlighted which tasks added to the experience of audience members so we knew which tasks were the most important to focus on. 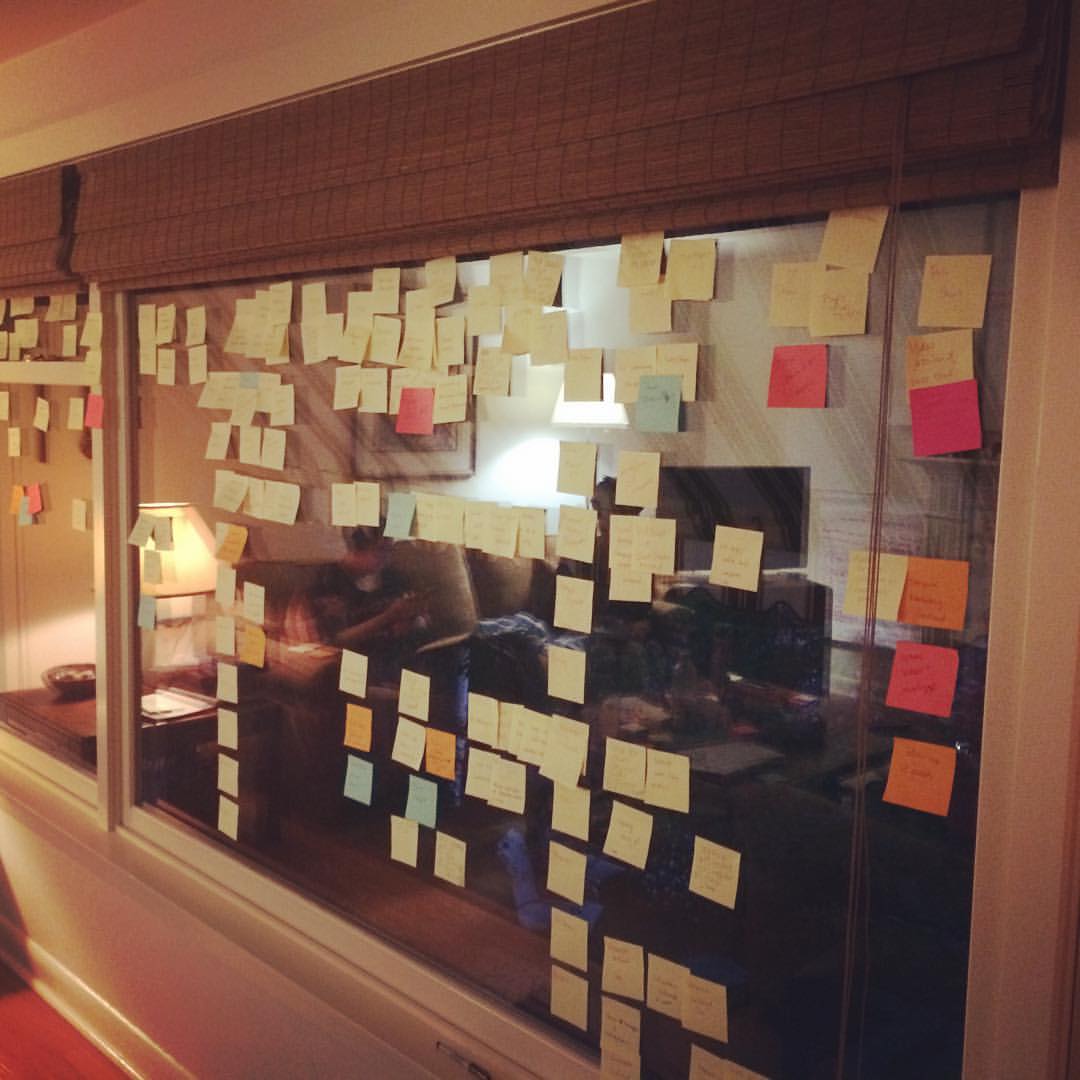 What became evident is that the Screws were producing year round as a troupe in addition to taking individual gigs and trying to maintain both business activities like regular photo shoots and team building activities like brainstorming and teaching days. It was a huge operation and became abundantly clear what was and wasn’t interesting to each troupe member. Some of them were very interested in taking on the regular administration and production tasks while others wanted to do the work of writing new scripts, choreographing, and building props and costumes. They identified that no one was really interested in doing marketing, but came up with a plan for the summer to try and give it a go at the level they wanted to maintain to see how achievable it was.

The third retreat was a few months later after they got to beta test their marketing plan. We came together to talk through how to split up the tasks as we saw them, make plans for outsourcing work, and assessing the best way to communicate about task completion and things that needed addressing. This was where we finalized the mission, creating something that was fully zingy and made all the members feel like they had a bar by which to measure their productions and performances.

We moved on to tasks and task completion. Reflection on their marketing beta test, it was clear that no troupe member felt strongly about marketing and some actively disliked it. They decided to find someone to take over their social media presence and maybe all of marketing. They also firmly captured what tasks lit them up and had a brief discussion about how to address disparity in the type and extensiveness of tasks they were each interested in. It was clear that this mostly came down to how individual troupe members valued the tasks. One member was very interested in doing a lot of admin and production tasks. Another felt guilty that the member who wanted to do admin tasks had to take on all those, but through a discussion it emerged that the one doing the admin and production tasks liked them and was good at them, which is why she did them. It wasn’t sacrifice or hardship as the other member perceived it, but rather what brought her joy in being part of the troupe.

We also addressed communication and accountability. There had been some disparity around using email as a primary method of communicating. Now that everyone had their areas of responsibility, email now was simply a way to pass on information and if responses were necessary, the troupe members would make this clear in the subject line of the email. Now that everyone had tasks that they liked, they were all confident they could complete them easily, but also discussed how to keep each other accountable through good and regular in-person communication. All left the retreat feeling satisfied with the outcomes and the next steps as they moved forward.

We followed up about a month later and all was going relatively well. They were still searching for their marketing unicorn, but agreed that they were functioning well and happily.

“My organization began working with Willhelm Consulting to assist us in re-defining our individual roles in a way that supported our goals around growth and sustainability. With Verhanika’s insight, compassionate facilitation skills and knowledge of small business and art organizations we were were able to get clear on where we wanted our business to go. This clarity included the identification of our strengths and ways to build on them, as well as identifying areas where skill gaps or ineffectiveness existed.

It was imperative to my group to have flexibility around doing our development work which Verhanika was able to offer us. We learned that she offers a wide range of options for structuring time around doing the work, we choose to work with her in 4 hour segments that took place throughout 2016. These were accompanied by individual meetings and email-check ins to monitor progress.

Since working with Willhelm Consulting our lines of communication are more open, clearer, and our overall level of engagement has increased substantially.

Verhanika was phenomenal to work with! Her method of learning our group and understanding our dynamic exceeded our expectations. I highly recommend Willhelm Consulting  to anyone looking for assistance in developing their people to develop their business.  I believe she provides excellent insights into how an organization or group of people work together and can highlight how to effectively use the talents and skills each person brings to the group. My group will definitely work with her again as our business evolves!” – Amy Watson, aka Stella D’Letto