Theatre Dispatch: Artists and their temperament

So I spend a hefty portion of my time as a consultant helping people understand their behaviors and the behavior of others through the lens of the “artistic temperament.” Like, was this person being an asshole because they have an artistic temperament or…are they just an asshole?

I want to talk about this perception of an artistic temperament and an artistic brain. When I think of these phrases I always come up with the image of Vincent Van Gogh with a bandage around his head after he cut his ear off.

I self-identify as an artist and this is my own image of artists!

Most artists are not the type to cut off ears or any other appendages, but here are some commonalities among the artists I work with that may explain our perceptions of them.

Most of the artists I work with are deeply sensitive to the world. They are easily affected by something called “field effect,” which is the sort of soup that is created by humans as we all collectively have strong emotions about something. The week after Charlottesville most of my friends were prone to headaches, fatigue, and existential ennui. This was most likely because of the general sentiment of the country that shit was really hitting the fan.

You experience field effect when you walk into a room and immediately go, “Oh, something isn’t right,” and sure enough everyone just got bad news or is experiencing high stress. I experience field effect when I go from my home in the suburbs to Seattle’s downtown or a busier neighborhood. There is an intensity and sense of pushing that I think is from a collective group of people trying to achieve their tasks in a concentrated way all in one small area. I think this is what people are experiencing when they talk about the “vibe” of a city.

Beyond field effect, artists also are more empathetic. They can often hold perspectives beyond their own because their work requires them to get into a headspace of a particular character, narrator, their viewer, their listener, or their reader. Because they can easily transplant their perspective into that of another’s they can understand another person’s feelings and perspective far easier than those who don’t have to adopt other’s views as part of their livelihood.

They fight for other people’s rights

Because they can understand other’s perspectives more easily, they will fight for the rights of those they have never met. This is why most politically left leaning rallies have artists present at them (you can tell they’re artists because of their brilliant, hilarious signs). They can more easily understand the plight of women and minorities, even if their particular gender/race/ethnicity/sexual orientation/ability doesn’t necessarily align with those for whom they are fighting.

They think they are bad at math

This is just adorable to me. Most artists will claim that they are bad at math, but I have yet to meet an artist who is actually bad at math. Like sure, you can’t do differential calculus, but you can do some basic algebra, geometry, and trigonometry every day.

Most have to create and manage project and production budgets, often budgeting off of revenue projections when they are approaching a project type they have never done before and therefore have no data to understand the revenue potential and projected expenses.

They also have to do some really basic geometry like “how do I fit all these props in this one area as efficiently as possible?” (Obviously my lens is more theatre and music.)

And ALL OF MUSIC IS MATH. Like, all of it. It’s all fractions. So, yeah, you’re fine.

They have been fed all sorts of bullshit about their abilities

Most artists accept the messages that they are bad at math and science and can’t really manage technology because we believe that those who do math/science can’t be the same people who do humanities/arts. People who think convergently vs divergently are more likely to slot into particular career types, but it’s hard to tell if it’s because of actual brain types or if it’s because of messages our culture tells us about these ways of thinking.

If you are raised with parents who use both creative and analytical thinking (me!), you are at a distinct advantage. You can come home from your terrible math class and have your mom help you figure out that the limit does not exist and then teach you how much fun it is to that you turned 31 this year (it’s a prime number, y’all). 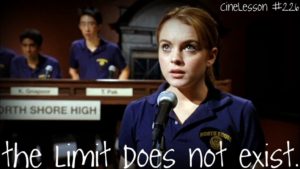 You can also come home to the same parents and get their help figuring out how to sing a particularly difficult section of the song you’re going to use to audition for All-State Chorus.

But if you don’t have parents who are helping you undo the work you’re being fed about your gender proclivities and you have shitty teachers, you may walk away from your K-12 education and end up at college seriously believing you don’t do math good. Conversely you could be a kid who adores computers and science and be told you don’t know how to write well, which can inform if you become a lawyer or a stagehand.

They are not mentally ill

I honestly don’t know the statistics around this since we know that when people report mental illness there is a Social Desirability Bias so people are more likely to lie about having a mental illness. In my loose observations, artists experience mental illness at a slightly higher rate than the general population, but I think it may actually be because we are more willing to talk about it and even integrate our experiences into our work.

But aside from that, sensitivity, empathy, and feeling things deeply are not signs of mental illness. We view artists as more emotionally fragile than the general population, but given the amount of rejection and revising that goes into an artist’s life, I find they are among the most resilient, level-headed people I have worked with. And because they are willing to lay their mental illnesses bare or talk about their experiences, it means I can get past the usual bullshit of appearing strong, competent, put-together more quickly than I can with other populations.

Sweet artists, let’s stop talking about ourselves as of our proclivities are something to be ashamed of. I’m including you, stoic stagehands and stage managers. This is not just an article written about actors and visual artists. Everyone who is involved in the arts from Executive Directors to Payroll Specialists to Designers are all artists and subject to these sorts of biases and misconceptions. (Watch a stagehand lose their mind over the way a truck was packed and you’ll know exactly what I’m talking about.)

Let’s talk about ourselves like we deserve to be treated well. Our abilities help us make this world better. I mean that in a strictly non-cheesy way. People feel deep, cathartic emotions as a result of what we create. And no matter what the state of our world, everyone can use a good cathartic cleanse…which is way better and more effective than a juice cleanse.

You have Successfully Subscribed!